How is Linen Made?

From Seed to Clothes

Known to be one of the most sustainable fabrics, linen is the oldest fabric that humans have been using since 36,000 years ago. Symbolising light, wealth and purity, it used to be so valuable that it was a form of currency in ancient Egypt. Today, about 85% of linen is produced in Western Europe and other prominent producing countries include Spain, Russia and China. Loved by many for its durability, cooling effect and unique texture, linen still remains as one of the most popular fabrics today. Here is how this precious fabric is made.

What is the Process?

It all starts with flax seeds (yes, the one you eat to relieve constipation). Typically, in March, farmers tuck these flax seeds in a warm and comfy soil bed. Flax are fuss-free plants that do not require irrigation or fertilizers, making them even more sustainable and natural. After 3 months, they grow to an ideal height of 4 feet (about 122cm), like the height of a 7-year-old.

Then, only for one day in July, flax plants cover the field with light blue flowers. This means that they are ready to be harvested. Farmers then pull them up entirely, even the roots, to prepare for the next step. 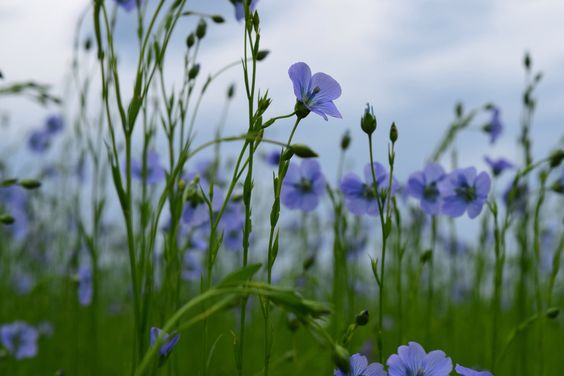 Based on the short film “Making Linen Fabric from Flax Seed”, these harvested flax are then soaked in water or bathed in rain and sunshine for weeks. This process is called retting. During this period, pectin which holds the fibres together is broken down by bacteria and fibres are dried for about 10 days. At this stage, flax loses their appearance as green plants and looks like golden crusty hay.

Now, think of a corn. What we want is the golden yellow part but it is covered with green leaves and coarse fibres. To get to the raw linen fibre located inside the stem, we need a step called scutching to crush the woody covering and expose the fibres. Traditionally, people use a wooden stick to scrape the covering away. Today, this is done with metal rollers.

Next, to separate the coarse and short fibres (tow) from the smooth long ones (line) that can make linen, the fibres are combed or heckled. This is made possible by Carders who oversee the quality and efficiency of this process.

While only lines are suitable to become fabrics, the other parts of the flax are not wasted. For example, flax tow is used to make products such as paper and twine. 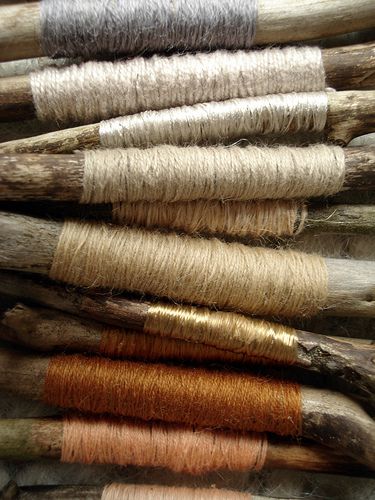 Depending on the orders, people known as Spinners operate a machine to spin flax lines into yarns of different weights and thicknesses. Some yarns may also be dyed to give threads of different colours.  During this process, a shiny appearance is formed when water is added to the yarns.

Next, these yarns are weaved into a huge piece of linen fabric by skilled workers called Weavers. Then, Beamers take over and check every inch of the fabric for any faults such as knots or breakage and mend each one by hand, producing a perfect piece of linen.

At this stage, the fabric is known as natural or raw linen. Most of these are then treated by finishing with dyes, bleach or chemicals such as water repellent, fire retardant and easy care. 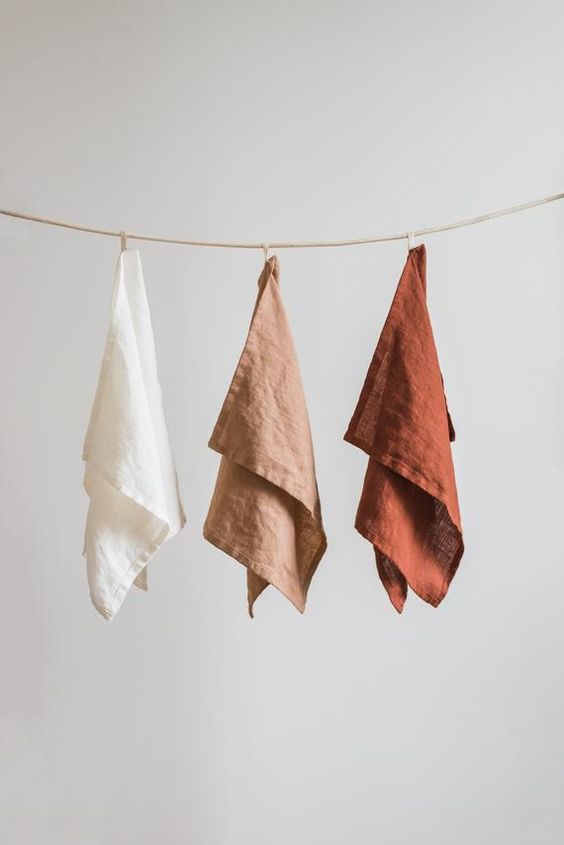 Depending on the weaving, length of flax fibres used, and treatment on the fabric, linen can be made into various products such as:

As clothes, linen used to be so exclusive that only the elites such as royal figures could gain access to them. Today, they are easily attainable and loved by many.

They are also praised to be highly eco-friendly given the low amount of water and chemicals used during its production. Additionally, while producing linen from flax, no part of the flax plant is wasted where the seeds can be used for food products or linseed oil for furniture. Even when disposed of, untreated linen is fully biodegradable. 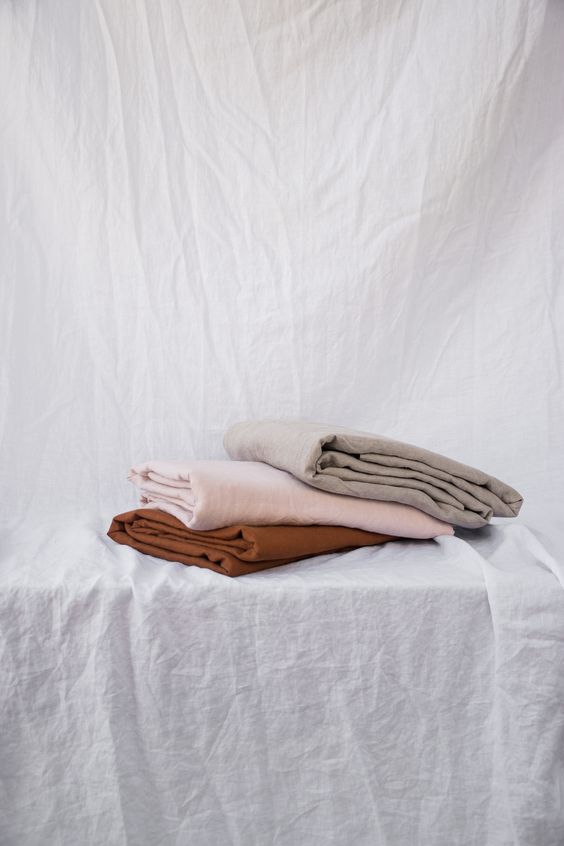 What is Great about Linen as Garment?

Linen is often used for medical purposes given its hypoallergenic property, making it comfortable and gentle on the skin. In fact, linen was used as bandages in ancient Egypt for wounds.

Additionally, linen is a natural thermoregulator. In hot weather, it cools us with the high airflow through the material while in cooler temperatures, it provides us with warmth.

Lastly, linen is one of the few fabrics that improves as time passes, becoming smoother and softer, making linen products long-lasting. In fact, it is 12 times longer-lasting than cotton and 3 times stronger than wool. With proper care, linen clothing can almost last a lifetime.

How to Care for Your Linen?

To protect your linen, ensure that you are washing them gently in lukewarm water to prevent shrinkage or deformation.

When drying, laundry clips should not be too tight as they may cause marks on the linen fabric.

If you have to dispose of linen clothes, consider donating, upcycling or recycling them. Recycled linen can be made into products such as insulators, paper and new clothes.

Given the amount of effort and resources needed to make linen, we should take proper care of them and give them a new life instead of throwing them in a bin.

Linen is truly one of the most precious fabrics with great properties and positive impacts on the environment.

So the next time you touch linen, see beyond the fabric and feel the sun, the soil, and the effort of thousands of people who helped to create this beautiful canvas from seeds to what is in your hands. At Paradigm Shift Label, fabrics for our garments are mainly a blend of 30% linen and 70% cotton to ensure a balance between structure, comfort and sustainability. Through strong partnerships with ethical suppliers and manufacturers, we aim to bridge the gap between the First and Third World to change the lives and appreciate the people involved in every step of the production line, from planting to making the garments in our hands.

We welcome you to browse through our linen and cotton collection and keep a lookout for more upcoming news.